St. Clair Software has rolled out App Tamer 1.3.2 (www.stclairsoft.com/AppTamer/), an update of the app that gives you control over your applications so you can save battery and CPU (central processing unit) power. The new version adds Retina display support.

Zevrix (www.zevrix.com) has revved LinkOptimizer Light — which lets you reduce InDesign link size, convert colors and more — to version 4.4.10. It fixes an issue in which the “Invalid page range” error could occur with no reason during analyzing on some international systems.

Peacockmedia has updated ClipAssist (http://peacockmedia.co.uk/clipassist/), which lets you access your frequently used text clips — to version 3.1. The update adds a F-key button to the toolbar for assigning F keys (goes to the appropriate tab of preferences). It also adds optional visual feedback when using F keys (on by default) and flashes a head-up-display window to indicate clip is successfully copied.

Cefpix (www.imactools.com/cefipx/), which allows you to transfer media from an iOS device to a Mac, has been upgraded to version 2.30. The new version fixes the failure of loading an iOS 6 music library on the iPod touch and improves the loading performance of apps on IOS 6. 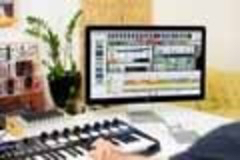 AnguriaLab releases Postino for the iPhone