Florian Mueller of “FOSS Patents” writes: “In all likelihood this is a non-standard-essential patent. Clearly, Samsung needs to step up its non-SEP assertions against Apple because its original SEP-centric litigation strategy has been a near-total failure: it obtained injunctive relief only in Korea (but enforcement has been stayed for the duration of the appeal), an entitlement to damages (which have yet to be determined but will be modest) in the Netherlands, lost out on various claims in the U.S. and several European countries, received a skeptical initial indication by an Australian judge, and yesterday found itself at the receiving end of a Statement of Objections, a preliminary antitrust ruling, by the European Commission despite having unilaterally dropped its European SEP injunctions requests in a last-ditch effort that was apparently too little, too late to dissuade the EU’s top competition enforcer from determining on a preliminary basis that Samsung needs to be fined for the past pursuit of injunctions anyway.” 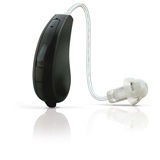 Beltone has announced Made for iPhone hearing aids