The drop follows last year’s loss of nearly 4%. Computers, Android tablets, and TVs accounted for 58% of all sales dollars, up from 51% of sales in 2009.

“This slow start is merely a continuation of the challenges seen in the consumer electronics business throughout 2012,” says Stephen Baker, vice president of industry analysis at NPD. “In an unbalanced market, where just a few categories deliver significant dollars, and even fewer offer any growth, the ability to deliver positive results will remain difficult for companies exposed to the entire consumer electronics marketplace.”

Despite a 4% increase in unit volume, flat-panel TV revenue dropped 6% as a result of average selling prices (ASP) falling from US$367 last year to $333 this year.  A record 40 percent of all flat-panel unit volume came from 32-inch TVs, but with an all-time low ASP of $194 those sales dragged overall revenue down. Flat-panels 50-inches and above, experienced a unit volume increase of 65 percent.

The real star of that segment, though, was the 60-inch and above flat-panel TVs.  Those sales increased 10 times over 2010 and accounted for 6% of all TV unit volume compared to less than 1% two years ago.

Other strong categories outside the top five volume leaders included detachable lens cameras, which saw revenues grow by 16%, and headphones where units increased 15% and revenue rose by 33%. Strong sales of sound bars and streaming-capable speakers pointed to the strength in the audio market as sales dollars rose in those categories by 47% and 276%, respectively.

“The weaker categories, and ones that had once been high-gifting categories, drove down overall revenue,” says Baker. “In addition to the declines seen in point-and-shoot cameras and MP3 players, GPS revenue dropped 40 percent as did camcorder revenue.  Even though this holiday’s outlook remains tentative at best, the prospects for next year, (when many of these declining categories will have a much smaller impact on the market,) looks much more promising.” 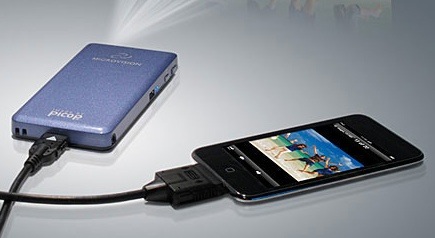 Flash Decompiler Trillix 50% off today only