Some analysts are upbeat about RIM but the Spy doesn’t understand why. The new Blackberry and OS are too little and too late to make any difference. Colour this one more or less DOA, along with the readers’ choice of Sony, Sharp, and Panasonic. Both the smartphone and large appliance electronic markets are over-saturated with brands that are no longer viable.

Others have become downbeat about Apple. Well, the Spy can understand that the stock may have entered a more “mature” category, and might henceforth trade less as a speculative and more in accord with its P/E ratio, which is slightly higher than that of IBM. Assuming that as a rough benchmark, future stock price increases (smoothed) should be in accord with earnings growth, which might be in the 20-30% range, barring accidents. ‘Course, what is an appropriate P/E ratio also depends on the larger stock market, and that’s another story.

Then there are those who think that solving the Excited States’ fiscal cliff problem will goose the whole market. Perhaps. But if the solution does not include significant reductions in spending and a near term move to zero deficit, the politicians are in effect stepping back from the edge of one cliff only to climb to a higher one. Not even by printing money can governments escape the inevitability of debt-driven catastrophe. Ask the Greeks.

Biggest losers are the Republican party. That they must allow some tax increase is a political necessity, lest they be blamed for every financial problem of the next two years. That their elected politicians will be punished by their own supporters when they do is also inevitable. This classic no-win solution extends to all of us.
The economy has become dependent on government debt, but that debt is unsustainable even at present levels, and taxes can be raised only so high before no one can pay. The Democrats by contrast have never pretended to be anything but tax-and-spend now and ignore the future. Continuing on the same path has no near term downside for them.

Now maybe, just maybe, the improvement in the general economy now that the housing crises is passed will be substantial enough that with some tax increases and major spending cuts, the American deficit next year will substantially decline. Don’t count on it — historically more revenue emboldens politicians to spend more still. After all, isn’t everyone entitled to cradle-to-grave security from the nanny state?

These observations are a propos of something deeper. The chief failing of democracy (the worst form of government excepting all the others) is that demagogues devoid of substance rise to power. One only needs to survey the current North American political and institutional scene to verify this. In theory, we ought to be able to expect something far different–substance. But it is sizzle that sells, not steak, smoke and mirrors, not competence.

The Spy sees all too much of politicians who get elected on promises that even they must have a hard time believing themselves, only to be shocked at learning they have to govern, that the solutions they offered on the hustings bear no relation to the task of good government. But this isn’t computer science (rocket science is easy). Any student writing a computer program knows that the first step is to specifically define the problem being solved. If there is such a definition underlying political rhetoric these days, the public has yet to see it.

As a final thought on that subject, the Spy notes that the melting pot model for society has it wrong–anyone (like him) who has ever operated a melting pot knows that the slag rises to the top. Perhaps the solution is to have people submit applications for the political jobs, write and pass a test, prove they are sane, neither bankrupt nor the owner of a criminal (or political?) record, have experience administering something larger than a peanut stand, and indicate their party preference.

Electors then vote for the party, and the office holder is chosen at random from among the winning party’s pre-qualified applicants. Better yet, abolish political parties and elections altogether, and draw the new Member of Parliament out of a hat containing all the qualified names. Told you the Spy is an iconoclast.

Turning to products the Spy prognosticates first upon Apple. After all, the company has iCooked up just about every computing-related innovation in the last thirty-five years. Apple still has a corporate culture of striving for insane greatness, and few others do. So, why imagine 2013 will be different? Here’s what we can expect:

– a new Mac for the pros, built either around a small box theme as a mini-maxi (box-to box backplane or Thunderbolt connections?) or around an all-in-one theme (think iMac with door-covered slots around the edge for skinny expansion cards).

– version two of the iPad mini with retina display,

– (reaching here) iPad maxi in thirteen inch screen with keyboard accessorized as a straight up low end laptop; runs either iOS or MacOS,

– (if content deals made) Apple TV, maybe not with a screen of its own; hook it to your ancient Sony or Sharp,

– a first attempt by Apple or an app maker to get textbooks on a portable device right (it’s coming soon, just a matter of when; then kiss the whole paper text industry farewell),

– more convergence between iOS and MacOS in OS X 10.9,

– Apple moves closer to (but not quite there) making their own chips across the whole product line.

And in the “other” department

since we’re now past the W*nd*ws vs Mac cusp that the Spy forecast lo these may years ago, a sharp decline in PC sales, MS profits and corresponding stock prices,

Specifically, a weak take-up of Windows 8 except by existing licensees, and next to no interest in Surface except by a few vertical integrators,

Specifically, that at least one large maker of generic PCs gets into serious financial trouble in the next 9-18 months,

two or three large electronics manufacturers will be in bankruptcy protection or gone,

a growing realization that most of those Android smartphones have marginal use (weak application market), this reflected in corporate reluctance to damage the brand by association, continued weakness in apps, and so a sharp downturn in said share,

the mechanical disk industry starts to die as the SSD sees costs plummet (though speed not increase),

first glimmers of biological interfaces for portable devices become the forerunners to the Spy’s fictional PIEA (Personal intelligence Enhancement Appliance), from which we are still a long way,

first glimmers of a new and faster storage technology,

– all the pundits, including this one, are proven right, wrong, or neither.

Opinions expressed here are entirely the author’s own, and no endorsement is implied by any community or organization to which he may be attached. Rick Sutcliffe, (a.k.a. The Northern Spy) is professor of Computing Science and Mathematics at Canada’s Trinity Western University. He has been involved as a member or consultant with the boards of several organizations, including in the corporate sector, and participated in industry standards at the national and international level. He is a long time technology author and has written two textbooks and six novels, one named best ePublished SF novel for 2003. His columns have appeared in numerous magazines and newspapers (paper and online), and he’s a regular speaker at churches, schools, academic meetings, and conferences. He and his wife Joyce have lived in the Aldergrove/Bradner area of BC since 1972. 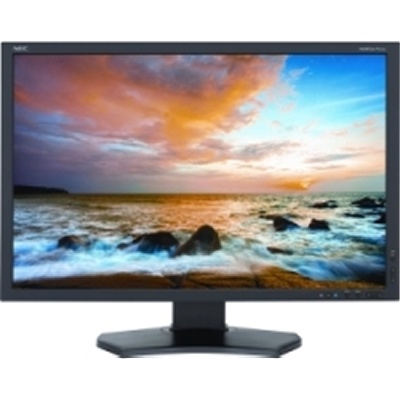