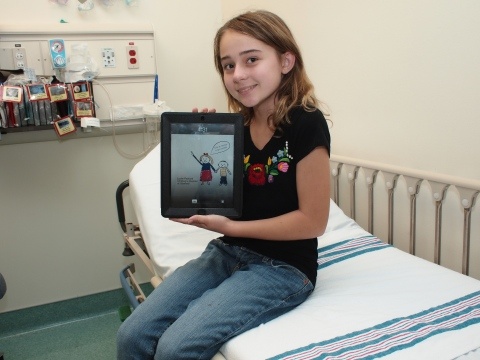 In what could be a first for emergency departments in the Bay Area, Lucile Packard Children’s Hospital is announcing that their Pediatric Emergency Department at Stanford Hospital & Clinics now provides an Apple favorite for its patients.

Potentially painful procedures are a little less scary with the addition of iPads in every one of the department’s nine rooms, each loaded with Apps designed in-house to entertain, inform and make an emergency trip to the hospital a whole lot less stressful.

Bernard Dannenberg, MD, director of pediatric emergency medicine at Packard Children’s, said that distracting his patients from the stress of their procedure with the iPad’s movies, music, games and books has a tangible medical benefit.

“When the iPad came out in 2010, it was immediately clear to me,” says Dannenberg, who is also the brainchild behind the custom-designed apps. “I believe one iPad is worth 10 milligrams of morphine.”

Parents who have come to the emergency department recently praised the iPad’s addition, which also allows users to go online, print documents, check their email or even FaceTime with staff, such as a Recreation Therapy/Child Life Specialist, a Guest Services representative or even an interpreter if needed.

Recently, an 11-year-old patient came in after suffering with abdominal pain for six days; she turned out to have an ovarian cyst. Said mom Hargita Kaplan: “The iPad distracted my daughter from what the doctors and nurses were doing. It was a little slice of home, and it made everything more bearable for us.”

Another pediatric patient specifically asked for the iPad when she saw it in the patient room: “The iPad helped her calm down,” Cantu said about her daughter. “Sometimes the whole emergency room process is a long one; when a child’s not feeling well, the anxiety gets worse.”

Colette Case, director of Child & Family Life Services at Packard Children’s, echoes the sentiments of the parents: “We use the iPads for distraction and for preparing kids for procedures and surgeries. The iPads are a great form of altered focus; the children can use their cognitive skills to focus their thoughts away from the painful or stressful event. The nice thing about the iPad is that it can be a game, it can be a book and it can also be music.”

While many parents may have concerns about their kids plugging into screens and zoning out — in the emergency department, that tendency has an entirely beneficial effect.

The iPad initiative at Packard Children’s was made possible by support from Karen and Ron Johnson, Eric and David Applegate, Blair and Gerald Stratford, Stanford Hospital and Clinics and the Lucile Packard Foundation for Children’s Health.

Lucile Packard Children’s Hospital at Stanford is an internationally recognized 311-bed hospital, research center and leading regional medical network providing the full complement of services for the health of children and expectant mothers. 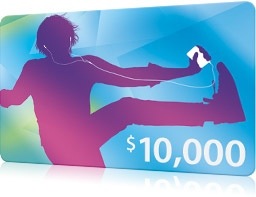