Another day, another lawsuit. Two Italian consumer associations are launching a class action lawsuit against Apple for failing to respect Italy’s national warranty regulations, reports the “IDG News Service” (http://macte.ch/70wSZ).
Rome-based Federconsumatori and the Center for the Protection of Consumers and Users (CTCU), based in the northeastern city of Bolzano, announced the action in a joint statement Tuesday. The groups cited a €900,000 (US$1.16 million) fine imposed on Apple by Italy’s Antitrust Authority in December and upheld on appeal by the Regional Administrative Tribunal (TAR) of Lazio in May.

According to the “IDG News Service,” the consumer groups said they were launching the legal action in view of Apple’s continuing violation of consumer protections and with the intention of recovering the financial losses incurred by Apple’s customers as a result of its “past and present behavior.”

In December 2011, Italy’s Antitrust Authority fined Apple 900,000 euros for its handling of customer guarantees. The watchdog group said Apple had failed to inform shoppers of their legal right to two years’ technical support, recognizing instead only a one-year standard warranty.

The Antitrust Authority said the firm’s action had led people to pay extra for Apple’s own support service, which overlapped in part with the free guarantee. However, months after the earlier fine, Apple has failed to comply with warranty request, says the AGCM. Apple says it will appeal the ruling.

“We have appealed the recent decision of the (Italian) court as it was, in our view, based upon an incorrect interpretation of the law,” an Apple representative said in July. “We have introduced a number of measures to address the Italian competition authority concerns and we disagree with their latest complaint.” 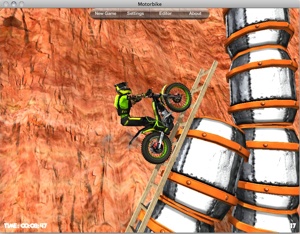 Motorbike game roars onto the Mac