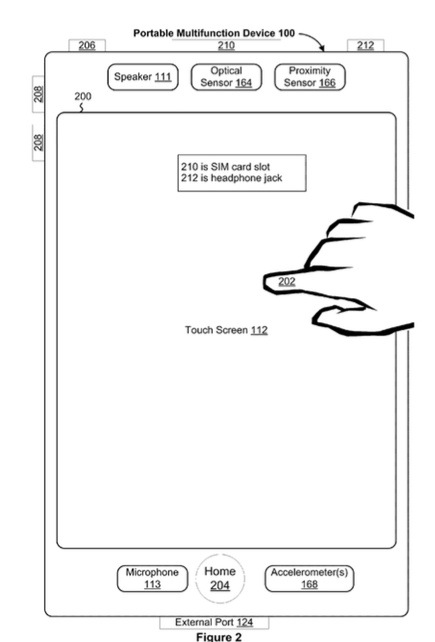 An Apple patent (number 8274536) for smart keyboard management for a multifunction device with a touch screen display has appeared at the U.S. Patent & Trademark Office.

Per the patent, a method is performed at a multifunction device with a touch screen display. The method includes displaying a text entry interface with a soft keyboard in a first area and a viewing area with a first size to display scrollable information. The method detects a finger gesture on the viewing area, and responds to the gesture.

Here’s Apple’s background on the invention: “Multifunction devices with touch screen displays may utilize a soft keyboard on the display to facilitate text entry. A typical soft keyboard is an image on the display showing letters or other symbols, and may be arranged like the keys of an ordinary keyboard or typewriter. A user may use a finger to “press” the buttons on a soft keyboard, thus entering text or performing other actions.

“One difficulty with a soft keyboard is that it occupies space on the display. This is particularly problematic when the touch screen is small, such as the screen on some portable handheld devices. The space occupied by the soft keyboard is not available for other objects or applications, such as information content, graphics, or interactive controls (e.g., buttons).

The inventors are Imran Chaudhri and Bas Ording.