Apple has released Mac OS X 10.7.5, which adds Gatekeeper to Lion. The update is available for both the client and server editions of Mac OS X Lion from Apple’s website (http://support.apple.com/downloads/).

Additionally, Apple has updated iPhoto and Aperture to support access to Shared Photo streams. You can obtain the updates via the Software Update component of the Mac OS X Systems Preferences app.

Apple also posted a security update for Snow Leopard on Wednesday. Details can be found at http://support.apple.com/kb/HT5501?viewlocale=en_US&locale=en_US .

Microsoft has announced (http://macte.ch/5xGLt)the release of Office for Mac 2011 version 14.2.4, which brings support for the Retina display on the new MacBook Pro.

IGG Software (www.iggsoftware.com) has given us iBank 4.6, a new version of the personal finance application. The upgrade serves up a set of tools for managing budgets, support for Retina display Macs, and other fixes and enhancements.

ConceptDraw products (www.conceptdraw.com) now have the ability to represent data dynamically. The range of customizable indicator types available in the “What is a Dashboard” area in ConceptDraw Solution Park allows users to customize dashboards to their requirements. 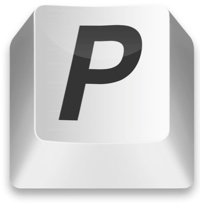