The total market for standards-based wireless connectivity chipsets is expected to exceed $10 billion in 2012, this includes both standalone and combo chipsets that use Bluetooth, Wi-Fi, GPS, NFC, UWB, and ZigBee, according to ABI Research (www.abiresearch.com)

“The market continues to develop with technologies — particularly Bluetooth and Wi-Fi — squaring up for a fight to be the dominant standard,” says Peter Cooney, wireless connectivity practice director, ABI Research. “There continues to be a competitive element to the market as standards bodies vie to push their technologies into new markets and others out.”

The number of Bluetooth enabled devices shipped per annum will surpass 2 billion in 2012, while Wi-Fi will creep over 1.5 billion; many of these (such as smartphones) will contain both technologies, often integrated onto a combo chipset. Wi-Fi remains much more costly to implement due to significantly larger die sizes needed and therefore chipset revenues from Wi-Fi ICs (both standalone and combo) far exceed those for any other technology.

“There continues to be a competitive element to the market as standards bodies vie to push their technologies into new markets and others out,” adds Cooney. “However, in general there is a symbiotic relationship with each technology performing at its best in particular functions. This is driving the need for more integrated chipsets, with multiple technologies.”

One interesting result of integration is that although Bluetooth or Wi-Fi enabled device shipments continue to grow quickly, overall chipset revenue growth is starting to slow so that from 2011 to 2017 the compound annual growth rate is less than 10%.

As overall chipset revenue growth starts to peak for the main wireless connectivity technologies it brings about even more fierce competition among vendors such as Broadcom, Qualcomm, Texas Instruments, Intel, MediaTek, Marvell, and most recently to enter the fray, Samsung. Vendors need to keep ahead of the pack by adding new technologies (Bluetooth v4.0, 802.11ac, NFC, etc.) to their product portfolios and increasing integration, reducing process nodes, etc. where possible 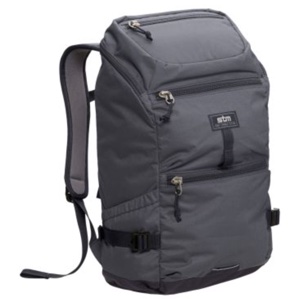 Levitating backpack floats onto the scene at CES 2015