WiGig multigigabit wireless docking technology has been demonstrated by Intel in a presentation of the company’s vision of the technologies of the future at the Intel Developer Forum (IDF) 2012 in San Francisco.

The company says WiGig is on track to become the most important next generation multigigabit wireless technology. Its speeds of up to 7Gbps using the unlicensed 60Ghz frequency band, combined with advanced Protocol Adaption Layers (PAL) designed for computer, CE and mobile applications, will mean its applications go beyond that of a straight forward access technology, says Dr. Ali Sadri, President and Chairman of the Wireless Gigabit (WiGig) Alliance, the not-for-profit standards organisation responsible for developing the technology.

“Looking to the future, all computing will become wireless computing, with an ever-increasing demand for faster wireless communication,” he says. “I’m excited by what I’ve seen from WiGig technology so far – not only its multigigabit throughput capability, but also the flexibility of the single technology to support a wide range of CE and PC applications. I look forward to the day when docking my Ultrabook or tablet will not even need to be a conscious exercise — it will be as simple as dropping the device anywhere on my desk and having it automatically connect to a display and peripherals, no wires attached.”

WiGig technology will be demonstrated by several WiGig member companies at CES 2013 in Las Vegas. For further information about WiGig go to www.wigig.org . 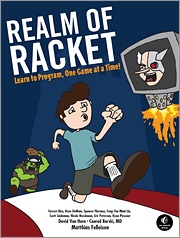