“Following on from our report yesterday regarding possible new iMac models in the coming weeks, a new, and unreleased iMac has appeared in Geekbench benchmarks. The new iMac, with the model designated as iMac13,2 appeared yesterday showing a Geekbench score of 12,405. The new model appeared to be equipped with a quad core Intel i7-3770K clocked at 3.5 GHz, which is one of the latest Intel Ivy Bridge processors.” — “AppleBitch” (www.applebitch.com)

“While several observers have noted shortages of Apple’s current 27-inch iMac at resellers over the past several months, the tight supplies now appear to be increasingly affecting Apple’s own retail stores. According to a survey of retail store stock availability through the ‘Personal Pickup’ program at Apple’s 249 U.S. locations, each of the two standard 27-inch iMac configurations is currently out of stock at approximately half of all Apple retail stores.” — “MacRumors” (www.macrumors.com)

“The latest news is that the next iMac will keep the traditional screens and will not be fitted with Retina screens as some rumors announced. This is not surprising given the price of a screen 21.5 or 27 “with a very high definition besides the difficulties that Apple would meet to  have to find a mobile graphics card capable of running such screens.” — “HardMac” (www.hardmac.com)

“Pictures claiming to show Apple’s next iPhone continue to surface ahead of an expected Sept. 12 announcement, with a new series of shots showing side-by-side comparisons with the iPhone 4 and iPhone 3GS.” — “AppleInsider” (www.appleinsider.com)

“Apple is gearing up for a monster holiday season with a total of 8 new products reportedly set to go on sale, including a new iPhone, a smaller iPad, new iPods and updated Macs.” — “AppleInsider” (www.appleinsider.com)

“Wal-Mart Stores Inc is testing a system that would allow shoppers to scan items using their iPhones and then pay at a self-checkout counter, a move that could trim checkout times and slash costs for retailers.” — “Reuters” (http://macte.ch/THStI)

“A new report is suggesting that Apple has completely redesigned the style of earphones that it ships with mobile devices, and that they will initially be shipping the new style with the iPhone 5. According to Vietnamese news site Tinhte.vn, the new earphones (pictured above) sport an amazing new design that is pretty far removed from the existing earphones that are supplied with devices such as the iPhone and iPod touch (via MacRumors). According to the site, the new earphones are much smaller than the existing Apple earphones, with a completely integrated enclosure.” — “AppleBitch” (www.applebitch.com) 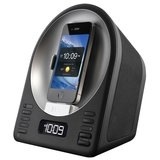