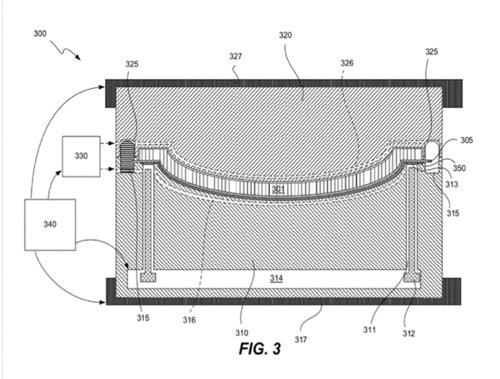 An Apple patent (number 8257075) for a carbon composite mold design has appeared at the U.S. Patent & Trademark Office. IT shows that the company is at least considering carbon fiber housings for its laptop line.

The patent involves a mold assembly or system includes a moldbase that holds mold inserts and has embedded fluid lines to facilitate cooling during part formation. Mold inserts combine to form mold cavities that receive carbon fiber and resin components to form a carbon composite based part.

Here’s Apple’s background on the invention: “There are currently a wide number of known ways to form aesthetically pleasing parts and components for items made from various materials across many industries. For example, general part formation can be had by way of machining, casting, stamping, extrusion, cold drawing and injection molding, among numerous other alternatives. Where particularly strong parts or components are desired, another common part formation process can involve composite molding.

“Composite molding generally involves molding a combination of different materials, each having a particular mechanical strength in a different direction, to form a final product that has mechanical strengths in multiple directions. Many popular forms of composite molding involve the use of carbon fibers or another similar component and a resin material, the molded combination of which results in a relatively strong part or component, particularly with respect to the weight of the part. Generally, fibers and resin are placed over or into a mold and are then cured under increased heat and pressure. Fibers typically come in sheet form, which can include ‘prepreg’ or resin impregnated sheets, and are often layered into the mold sheet by sheet. Such a layering process is often performed manually by an operator, as are other steps in a typical composite molding of a part.

“Because resins tend to stick to mold surfaces, removal of a finished part from a mold can be a tricky process that often also involves manual intervention by an operator. Despite the application of a temporary release coating to inner mold surfaces prior to placing in the composite materials, the removal of a finished part from a composite mold still can involve prying and peeling the part away from the inner mold surfaces. Surface defects and blemishes on composite molded parts often occur as a part of the molding and mold removal process, which results in many parts having unique defects or appearances.

“This is unfortunate in that many manufacturers might desire the mass production of consistent parts that have the strength of carbon composite components. As but one example, it would be particularly helpful if portable electronic device housings and components could be stronger and more durable than what is now typically provided in plastic parts that are formed via ordinary plastic injection molding processes.

“In particular, it would be beneficial if laptops, notebook computers, and other relatively large and heavy portable computing devices could have outer housings that are better able to protect the entire device from drops and other mechanical shocks. Although a material having the toughness of a good carbon composite would be useful, the ability to mass produce laptop housings that are consistent in appearance and performance from such a material would be difficult. Of course, there are a myriad of other examples of parts where it would be desirable to form them from a stronger material such as a carbon composite.

“While many designs and methods of manufacture for providing composite molded parts and components have generally worked well in the past, there is always a desire to provide new and improved designs and processes that result in functional and aesthetically pleasing composite parts that can be mass produced. In particular, it is desirable to provide a carbon composite molding apparatus and process that allows for a more automated mass production of consistent carbon composite parts, such as for computer housings and the like.” 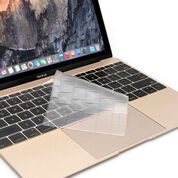 Handspring lowers Edge to US$269