States including Maryland, Ohio and Texas said they reached a US$69 million settlement with three U.S. publishers over alleged price-fixing for electronic books, reports “Reuters” (http://macte.ch/2O2kv).

The agreements were made with Hachette Book Group, HarperCollins Publishers and Simon & Schuster., according to statements from attorneys general in states also including Colorado and Florida. The settlement, which must be approved by a federal judge in New York, couldn’t be confirmed in court records, notes “Reuters.”

The U.S. sued Apple and five publishers in April, charging that the defendants conspired to limit e-book price competition. Apple and Macmillan and the Penguin Group have refused to settle.

The brouhaha centers on, among other things, Apple’s move to change the way that publishers charged for e-books as it prepared to introduce its first iPad in 2010. Traditionally, publishers sold books to retailers for roughly half of the recommended cover price. Under that “wholesale model,” booksellers were then free to offer those books to customers for less than the cover price if they wished. 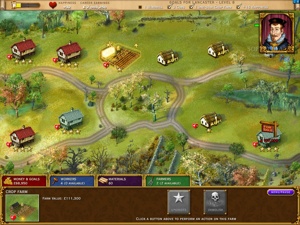 Elizabethan Era comes to the Macgamestore