Logitech (www.logitech.com) has launched a line of Logitech UE products for music fans. The new offerings include earphones, headphones, wireless speakers, and a smart radio.

The US$249.99 Logitech UE Boombox (pictured) is an on-the-go speaker that lets you use your smartphone or tablet to play and control your music from up to 50 feet away. Up to eight Bluetooth-enabled devices can be paired with the speaker — with up to three connected at the same time. The UE Boombox boasts eight custom-tuned drivers, a six-hour rechargeable battery, and an integrated, sculptured aluminum handle.

The Logitech UE Smart Radio ($179.99) is a dedicated music device that can play Internet radio, online music services and the music on your Mac or PC — all through one unified interface. The color screen displays album art, track and station information.

You can save your favorite stations and playlists for one-touch access to the music you listen to most. What’s more, the Logitech UE Smart Radio Controller app for iPhone, iPad and Android devices transforms your smartphone or tablet into a master music controller, giving you navigation of your music services, radio stations and personal music collection. The rechargeable battery lets you take your music with you around the home, with up to six hours of continuous playback depending on use, settings and conditions. The Logitech UE Smart Radio will be available for a suggested retail price of U.S. $179.99.

Logitech UE 900 Noise-Isolating Earphones ($399.99)sport four-armature speakers and a three-way crossover in a universal fit. It comes with five silicon and three Comply Foam tips, each designed with a large-bore opening. Two detachable, braided cables — one with a mic and controls, and one without — let you swap out the standard cable for a cable with mic and controls.

Logitech has also introduced a new line of headphones with prices ranging from $99.99 to $399.99. 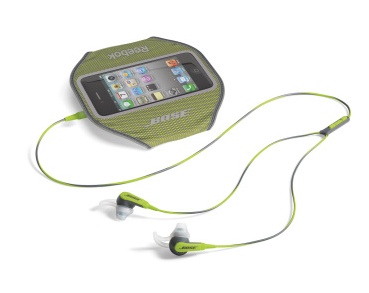