I am off to Orlando to marry off my last single sister-in-law and noticed that airline security didn’t blink about the iPad going through security. Matter of fact, they said the laptop needs to be in its own tray, but the iPad is OK with other items.

On the plane when they said electronic items need to be turned off, they specifically included laptops, cell phones and iPads. Note that they didn’t say slate computers or netbooks, but rather iPads, specifically.

Apple has already established the iPad as a separate category of electronic device. Generic slate computers are likely doomed to be second class “iPads” when they come out. Being the trend-setter and having the brand of product to own is worth billions to Apple.

Sitting in an Atlanta airport as I write this, I look up and the guy across from me is reading a newspaper. The picture in the headline section of the paper is Steve Jobs holding a new iPhone. Apple is everywhere.

I was in the Apple store in LeaWood, Kansas, the other day, and there were a lot of bewildered adults in tow behind the “back to school” crowd. The kids were explaining to Dad why they needed to upgrade their MacBooks (and score a new iPad touch). The conversation was related to success in school and seldom mentioned the free iPod touch, but you know it was a lot of the motivation. It is amazing to see the white Apple logos pop up around the room when college classes begin.

I noticed on a CNN news program that 3-out-of-5 talking heads sported MacBook Pros, while the other two were non-descript PCs. Did I agree with the fellow Mac users, or was it my imagination?

To kids, an iPod is “Apple” while anything else is not cool. It is total humiliation to carry a Zune.  Using a Mac carries the same coolness to many adults. Apple marketing has created a powerful preference for it’s products. They have worked hard and smart to pull this off.

A few years back, I noticed as I took my then-new white MacBook through security at LAX, (not a place that sees much humor) a TSA supervisor, as I handed my Mac over to pass through the X-Ray, stated, “Well, this is a waste of time.  No one is going to blow up a Mac when they could just as well waste a PC.” 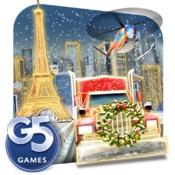