This malware trend, the most recent of which is known as “Crisis” or “OSX/Morcut-A,” is judged to be significantly more sophisticated than past strains, and should serve as a warning to Apple users of further malware developments to come, according to ThreatMetrix.

The ThreatMetrix Labs “Professional OS X Malware — A Reality” report outlines in detail the elegance and sophistication of the Crisis Trojan’s programming code. ThreatMetrix Labs also identified numerous potential helper agent classes enabling Crisis to disrupt, disable and completely take over everything from stealing address book information to uploading and downloading files to accessing full file systems and camera snooping. The report also explores the continued trend of fraudsters turning their nefarious attentions to Apple as well as some of the company’s efforts to combat the emerging threat.

“Apple has always been known for its virus immunity, but as technology develops very quickly, cybercrime matches the pace,” says Andreas Baumhof, chief technology officer, ThreatMetrix. “This is a big jump from what has been seen in the past, and it should make users think twice about protecting themselves against malware on their OS X devices. ThreatMetrix has taken the lead in outlining the details of this malware, and will certainly work to prevent and detect threats to OS X in the future.”

Apple seems to be aware of the growing threat to OS X. The company changed its marketing messaging on virus vulnerability and added extra restrictions on the Mac App Store accordingly. However, while the recent release of OS X Mountain Lion shows that Apple has amplified its security, the quick and sophisticated pace of cybercriminals means the risk for malware is to be taken seriously, Baumhof says.

“While the OS X Mountain Lion does include new security features known as Gatekeeper, the App Sandbox and FileVault 2, Apple should not take the security of its operating system for granted,” he adds. “This particular piece of malware is very well written, making it difficult for cybersecurity experts to engineer. This can lead to extensive OS X damage and security breaches for OS X users.” 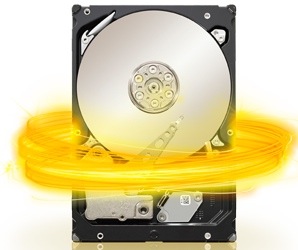