Connected TV penetration in North America and Western Europe will surge from just over 10% in 2011 to over 50% by 2017, according to ABI Research (http://www.abirsearch.coim). Blu-ray penetration is expected to have a similar progression, increasing from about 25% in Western Europe and North America in 2011 to over 76% by 2017 (standalone and game consoles included).

Too bad Apple has chosen not to embrace Blu-ray. Oh well. Meanwhile, game console penetration rates by 2017 are only expected to pass 61% and 46% in North America and Western Europe respectively, with rates significantly lower in other regions.

Microsoft and Nintendo play only in the game console market, while Smart STB leaders Apple and Roku don’t compete in the other connected categories. Sony is unique is its participation in game consoles (PS3), connected TVs, Blu-ray players, and Smart STBs. In the TV and Blu-ray space Samsung and LG have been the most proactive at bringing connected features — for example, introducing new user interfaces that parallel the features first made popular by the game consoles.

The spread of connectivity is not unique to mature markets, as OEMs [original equipment manufacturers] in China, such as Skyworth and TCL, have also reported growing shipments of connected TVs. In many regards the TV is the most natural device to access connected services and content; there’s no need, for instance, to change the video input when accessing online content.

In primary survey studies consumers have also placed the connected TV as the most desired device to receive Internet content on the main screen. Despite this growth, however, one device type won’t command the market, placing greater emphasis on the overall ecosystem.

“The early connectivity lead enjoyed by the game consoles will continue to wane, but this does not mean these devices will become integrated into the TV,” says Inouye. “The eighth generation of consoles will offer a boost to the industry, placating core gamers with new hardware while expanding the device’s role as the central media hub through complementary media and services. Game consoles will be de-throned as the most connected CE device, but they may remain the most relevant.” 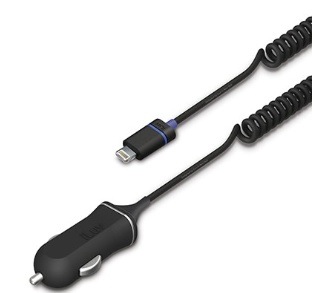