You can find the petition at http://macte.ch/Nffq0 .The petition to Apple is the result of ongoing IT frustration over trying to administer Apple’s discovery services, which are designed for fast and easy connectivity in very simple networks, in more complex enterprise networks, according to “Network World.” The petition was launched recently by a group of higher ed IT professionals on the Educause WLAN listserv.

The proposed changes would purportedly make it easier for IT to provision, manage and secure Bonjour-enabled networking of Apple products. But they would also make it easier for Apple users to find and use resources they want on corporate networks, such as printers running Apple’s AirPrint protocol, wireless multimedia streaming via Apple’s AirPlay, flat-panel displays or high-def speakers via Apple TV, or projectors.

Today they often can’t do that because of how enterprise networks are designed and how Bonjour works, says “Network World.” You can read more at http://macte.ch/4jeBG .

Bonjour enables automatic discovery of computers, devices, and services on IP networks. It uses industry standard IP protocols to allow devices to automatically discover each other without the need to enter IP addresses or configure DNS servers.

AirPlay is technology for streaming music, video and photos wirelessly from the Mac, iPad, iPhone and iPod touch to the Apple TV. The wireless technology is being integrated into speaker docks, AV receivers, and stereo systems from companies such as Bowers & Wilkins and Denon. 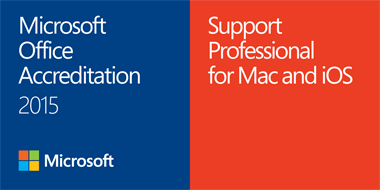