The following is an opinion editorial provided by Long-Stanton Group CEO, Dan Cunningham. It was originally published in the Cincinnati Enquirer on Sunday, July 8, 2012:

I have a Billion Dollar idea for Apple: build an iPhone plant in Cincinnati and eventually other U.S. cities to supply the U.S. market with iPhones.

This would yield a billion dollars in additional profit to Apple because of the assurance of long-term sustainable product dominance for Apple, the ability to manufacture ‘mass customized’ iPhones in the U.S., and the removal of 35 days of rapidly changing inventory in transit from China to the U.S. This projected profit is based on the forecast of 44 million iPhones to be sold in the U.S. in 2012 (11.6 million in 2011 Q4) and increasing the profit by $23 each.

Because the U.S. market is demanding such a high number of units of iPhones, the plant that I am proposing would be completely automated, and highly flexible to the point that there would be no labor advantage to making the iPhone in China versus the U.S. Even with the automation, a plant in Cincinnati would create many good, long term US jobs at Apple and its suppliers.

One might ask “What about the critical supply chains that are needed to make and innovate the iPhones?” which was also asked by Charles Duhigg and Keith Brasher of the New York Times in their report “How the U.S. Lost Out on the iPhone Work.” Building a flexible supply chain is a good strategy as well as good business. It is helps in building a moat around your business and keeps competitors at bay.

Toyota is an excellent example of a company that has enjoyed tremendous success by building its cars in the US with a domestic supply chain. I submit to you that creating a critical supply chain in Cincinnati or the U.S. will not be a problem. For example, if you need a shorter screw made you can get one in Cincinnati in three hours. (Duhigg reported that it would take six hours in China.) Highly flexible supply chains are the hallmark of U.S. Manufacturers.

Full disclosure: Long Stanton is a 150 year old manufacturing company with plants in Cincinnati and China. As we are the ones writing the checks in our various locations, we are very familiar with the constantly fluctuating manufacturing costs including labor, material and the supply chain cultures and the ability to respond rapidly in both the U.S. and China.

In October 2011, it was estimated by Isuppli.com that the labor cost to make an iPhone was $8.00 each, plus a material cost of $188. Since that estimate came out the Chinese manufacturer, Foxconn has increased its employee wages by 16%-25%.

Several commentators on Apple’s manufacturing in China, including Mr. Duhigg, have brought forward an estimate of $10-$65 additional cost per phone if it was made in America versus China. In my experience in both countries, I would put the cost increase at closer to $10 each. When you factor in long term sustainability, I can argue it costs less in the U.S. than China.

Regarding Apples long-term success, Harvard Business School Professors Gary Pisano and Willy Shih warn that companies which separate R&D from critical supply chains and manufacturing are putting their businesses at risk. They conclude “Where major processes are evolving rapidly, and can have a huge impact on the product… the risk of separating design and manufacturing are enormous…” To simplify, Apple has been running through a rain storm and not getting wet.

If Cincinnati can build jet engines for the Boeing 787 Dreamliner (General Electric) for the world and market Tide (plus many other Proctor and Gamble products), then Cincinnati can be depended upon to manufacture and market the iPhones to the U.S.

Apple is undoubtedly thinking about its next move. In February 2011, President Obama asked Steve Jobs, “What would it take to make iPhones in the United States?” Jobs answered “Those jobs aren’t coming back.” I respectfully submit it doesn’t have to be that way. Building iPhones in the U.S., to increase Apples profit and insure its long-term success, is an idea whose time has come. 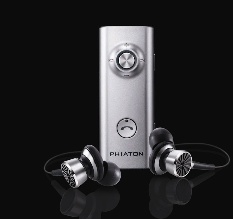