Apple and Microsoft are among the companies that have reached a settlement of patent-infringement claims by NTP Inc., reports “Bloomberg” (http://macte.ch/VSvg7).

Financial terms weren’t disclosed in federal court filings in Richmond, Virginia, seeking dismissal of suits filed by NTP beginning in 2007, the article adds. However, the agreements cover most of the wireless phone industry, including phone service companies like AT&T and Verizon Wireless, handset manufacturers such as LG Electronics and and e-mail service providers like Yahoo!

Earlier this month, NTP Inc. (http://www.ntp-inc.com/) — a company that specializes in network monitoring, security and protocol analysis solutions — filed lawsuits against Apple, Google, HTC Corp., LG Electronics, Microsoft and Motorola in the United States District Court for the Eastern District of Virginia for infringing NTP’s eight patents related to the delivery of electronic mail over wireless communications systems.
Each of the defendants is a manufacturer or developer of either wireless handheld devices or software applications used in the delivery of email across wireless communications systems.

“Use of NTP’s intellectual property without a license is just plain unfair to NTP and its licensees,” Donald E. Stout, NTP’s co-founder, said in a press statement. “Unfortunately, litigation is our only means of ensuring the inventor of the fundamental technology on which wireless email is based, Tom Campana, and NTP shareholders are recognized, and are fairly and reasonably compensated for their innovative work and investment. We took the necessary action to protect our intellectual property.”

In the past NTP sued and settled with Research in Motion (RIM), maker of BlackBerry wireless devices.  In that litigation, all the claims asserted at trial were found to be valid and willfully infringed by RIM, and the verdict was ultimately affirmed on appeal by the U.S. Court of Appeals for the Federal Circuit.

Spurred by that litigation, the U.S. Patent and Trademark Office (USPTO) moved to re-examine NTP’s patents. In December 2009, in spite of the massive effort by the USPTO to overturn NTP’s patents, the USPTO Board of Patent Appeals (USPTO Board) ruled that 67 of NTP’s patent claims in four patents are valid, including three claims that RIM was found to have infringed.  Infringement of a single claim is all that is needed for a patent to be deemed violated.

NTP has also filed an appeal to the U.S. Court of Appeals for the Federal Circuit to overturn the USPTO’s remaining rejections of NTP’s patent claims.

Chocolatier 2: Secret Ingredients 50% off today only 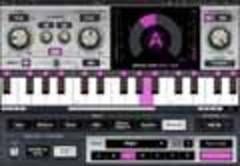