CuteDCP is new DCP creation tool for After Effects 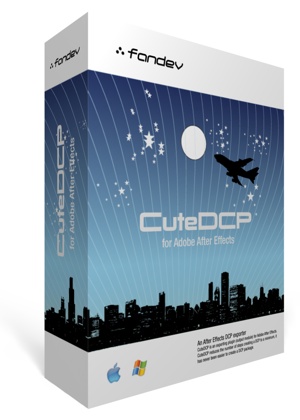 Fandev has released CuteDCP, a DCP (Digital Cinema Package) creation tool for After Effects. It’s an exporting (output module) plug-in that allows users to create DCPs from any file imported into After Effects.

It also reduces the number of steps creating a DCP. CuteDCP has purportedly been tested on most major play-out servers.

Fandev CuteDCP is available for both Macintosh and Windows and is priced at just EU€149. The plug-in works with After Effects CS5 or later. Demo versions are available on the Fandev website (http://www.fandev.com).