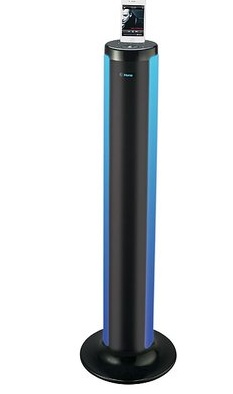 The iP76 LED Color Changing Tower Bluetooth Stereo Speaker System can stream music from Bluetooth-enabled devices. The unit charges iPhones and iPods when they’re docked, and can even send video content from your device to your television via the built-in component video outputs. You can customize your experience with your favorite colors as an array of effects such as color fade, pulse to music and strobe make for the ultimate light show.

Apple stores may be coming to India