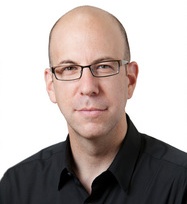 Leap Motion (http://leapmotion.com/), a motion-control software and hardware company, has announced the appointment of Andy Miller as president and chief operating officer. He was formerly head of Apple’s iAds division.

Miller will join the company in August, reporting directly to CEO and co-founder, Michael Buckwald. He’ll be responsible for guiding all aspects of the company’s growth, including business development, growing the executive team and leading the development of the Leap application discovery store.

“Andy is a Silicon Valley visionary, and his breadth and depth of experience working in the mobile and digital media space will be invaluable as we continue to grow and bring the Leap to market,” says Buckwald. “We have generated a tremendous amount of momentum since launching, and can’t think of a better-equipped person to join us at this time and help continue to drive Leap Motion’s growth and development.”

Miller recently served as general partner at Highland Capital Partners, and previously reported directly to Steve Jobs as vice president of Mobile Advertising at Apple, where he led the iAd division, the mobile advertising network. Miller was co-founder and CEO of Quattro Wireless, a mobile advertising company acquired by Apple in 2009. Prior to that, he oversaw business development, sales and strategy for what became North America’s dominant mobile aggregator, m-Qube, which Verisign acquired for $250 million in 2006.