Does Apple discriminate against those of Iranian descent?

Reported incidents of discrimination by Apple employees against people of Iranian descent are increasing, “raising the likelihood that what appeared to be a few cases of prejudice may turn into a legal and diplomatic scandal,” reports the “International Business Times.”

The National Iranian American Council claims it knows of at least six cases of discrimination around the country, such as people being denied service by Apple store employees on account of speaking Farsi or disclosing that they were of Iranian descent. In addition, Iran’s state-owned English-language media outlet, Press TV, has said an Apple store in Australia cited U.S. law when denying the sale of an iPhone to an Australian citizen of Iranian descent, notes the “International Business Times.”

There are no legal obstacles to retailers like Apple selling technology like smartphones, tablets or laptops to Iranian-Americans, Iranian citizens or anyone else, notes the “International Business Times.” The only limitation under the embargo against Iran is that someone cannot take such items to Iran without special permission.

“There is no U.S. policy or law that prohibits Apple or any other company from selling products in the United States to anybody who’s intending to use the product in the United states, including somebody of Iranian descent or an Iranian citizen or any of that stuff,” U.S. State Department spokeswoman Victoria Nuland said. 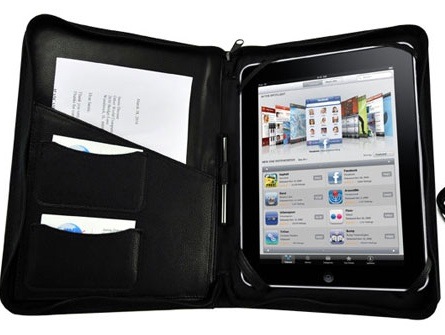