Apple patent is for portable devices with multiple power interfaces 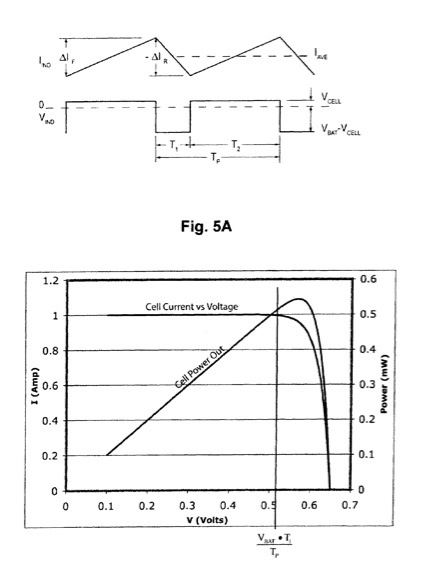 An Apple patent (number 8,217,619) for portable devices having multiple power interfaces has appeared at the U.S. Patent & Trademark Office. One of those interfaces involves solar power.

Wendell B. Sander and Daniel A. Warren are the inventors.

Here’s Apple’s background and summary of the invention: “Handheld computing devices typically use standard battery chemistries including ni-cad, lithium-ion, and nickel-metal hydride. In order to recharge these batteries, operators may use standard recharging options such as, for example, conventional AC (alternating current) outlets. However, mobile users who are in remote locations oftentimes do not have access to conventional AC outlets. As a result, they oftentimes have no way of recharging the batteries of their handheld computing devices.

Also appearing at the U.S Patent & Trademark Office are:

° Patent number 8217336 is for a light sensing device having a color sensor and a clear sensor for infrared rejection.

° Patent number 8218306 involves the assembly of a handheld electronic device.

° Patent number 8218347 is for a stacked memory device having a scalable bandwidth interface.

° Patent number 8218380 involves degradation equalization for a memory. In an embodiment, an integrated circuit includes a memory and a control circuit configured to cause an inversion of at least a portion of the data stored in the memory to more evenly balance the amount of time that a given memory cell in the memory stores a binary one or a binary zero.

° Patent number 8218509 is for dynamic allocation of communication resources in a wireless system.

° Patent number 8219920 involves methods and systems for managing to do items, notes or electronic messages.

Security agency: everyone should disable Java