According to an Asymco report (http://macte.ch/dsmhh), Apple has whittled down the Windows-to-Mac OS ratio “dramatically” in the past several years — and that ratio is even more impressive when figuring in OS X plus iOS devices. According to Asymco:

° By 2004 the ratio had dropped to 7:1, thanks to the growing popularity of laptops — and the MacBook.

° Currently, if you figure in both OS X and iOS devices, the ratio is about 2:1.

° “Considering the near future, it’s safe to expect a “parity” of iOS+OS X vs. Windows within one or two years,” says Asymco. “The install base may remain larger for some time longer but the sales rate of alternatives will swamp it in due course.”

Aspyr ships BloodRayne for the Mac 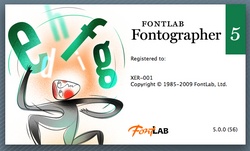