What boundary is the link between young and old?

Is the Spy old because he hits a significant-sounding birthday number on July 3? Perhaps. After all, two nations celebrate his birthday annually, albeit one two days early, and another a day late. And, next year will be the thirtieth since he first typed this column on his Apple II.

Yet, perhaps after all, age is a state of mind. The Spy’s father was a young-looking man at 65, retired that year, and died of old age and complications from Parkinson’s and other ailments but six years after. So, the Spy has always said he wouldn’t retire. And, in these uncertain times, relying on pensions funds/income carries a significant level of risk.

Yes, and he can still prove the fundamental theorem of calculus, explicate relativity, programming language design, electromagnetic equations, or the automorphism group of a graph, so…maybe not this year. A part sabbatical promises to be handy for some writing projects, though. Perhaps some research will get done. Meanwhile, this month’s column will of necessity be curtailed somewhat as the week is indeed busy.

Nokia and RIM were once the stalwarts of the mobile industry, but both now appear to be mere links between POTS and an Apple-dominated communications world. They are sinking in the sea of irrelevance even faster than the Spy expected. Google’s Android was to have relegated the iPhone to the next mere link in the chain, but with the number of injunctions in patent infringement cases increasing by the month, the future no longer appears so rosy for the imitator.

And speaking of imitators, it appears giant MS laboured mightily, but brought forth … a tablet? Hasn’t anybody told Richmond that’s been done already? Surely these multi-billion dollar companies have some creative talent, some ability to produce a game-changing product. Surely they are capable of more than slavish copying of others’ work, are able to invent their own stuff rather than reverse-engineer what Apple has already done. Playing catch-up at this stage is worse than futile, leading the Spy to wonder if the MS tablet is yet another piece of vapourware

Steve Jobs was not missing at all from the Retina 15-inch MacBook Pro announcement. The Spy’s machine is on order, and not likely to appear for weeks yet, but the specs and internal arrangements make it clear (for good or ill) that iSteve’s fingerprints are all over this latest offering. One needs to look no further than the fact this is the least serviceable machine Apple has yet made to see his ghost in the box. A glued-in battery, soldered-on RAM? Indeed.

And, speaking of “my way or the highway’ decisions”, there are plenty of those in the design of OS X. Apple expects all applications to be run from the folder by that name and store all documents likewise. Fortunately, many vendors ignore this, and allow their apps to be run from some other partition. The Spy stores everything on a separate partition, backs it up daily, takes one backup home and restores it to the identical partition there, and repeats in the morning, but in reverse.

Why not rely on the cloud and synchronization? Because it delegates too much responsibility, too much confidentiality, and therefore increases risk, perhaps by an order of magnitude. As a for instance, he has always put all his email on that “Files” partition. It’s bad enough that mail is not private without putting it out there with a sign that screams “hack me”.

But time and developments have caught up with him and his favourite email client — good old Eudora — which will no longer work in current and future versions of OS X. All things considered, the Spy has decided that Apple Mail is the best of a mediocre lot of possible replacements, even though he much prefers the work flow and simplicity of Eudora. And, Apple has largely caught up in features, and squashed most of the bugs that previously erected an insurmountable obstacle to a side grade.

But Apple Mail must reside in the Applications folder on the boot drive, and even if the Spy could get around that and run it from elsewhere, the essential program data, including all the mail folders and settings are stored in BootVolume/Users/Me/Library/Mail. This won’t do for him. So how do we tell Mail to store things on the Files disk instead?

An alias seemed the logical answer. Put the mail folder where you want it to be, create an alias, copy that where the original was before, and call it “Mail”. One would think that Mail would look in “Mail” (confusing nomenclature calling the storage folder by the App’s own name) but see the data in its real location. Whoops. Doesn’t work. Apparently an alias is not strong enough to do that kind of handoff. But the underlying UNIX OS can do just that via what is called

One acts as above, but instead of using the Finder to make an alias, one drops into the Terminal and creates a symbolic link there. The Spy will leave it to the intrepid to look up how to do this, because there is a simpler way.

1. Go to Nick Zitzmann’s software page (link below) and download the program SymbolicLinker.

2. Install as a Contextual Menu plugin or as a Service per the instructions (which vary according the the age of your OS).

4. Navigate to the item for which you wish to make the link, select it and control-click, bringing up the contextual menu.

5. Scroll down to the bottom “More” and over and down to “Make Symbolic Link”. The link will appear where you want it.

6. As with an alias, move a copy to where the too-hidebound program with the anemic preferences regimen expects to find its files, and rename it there to what it wants. If “Mail” was there before, first rename it to, say, “Mail.old”. (Always back things up.)

This trick could be applied to the Mail folder, the Documents folder, or even to the entire home folder for the User. Repeat the same steps on all machines to which you will be taking/restoring that Files disk. Note that there could be permissions issues, and these might have to be turned off if you expect this to work on multiple machines, where users of the same name have different underlying IDs. However, it does work, where Aliases do not.

Moreover, it is independent of which version of Apple’s Mail you are using, which may be a consideration. (Be careful. Older ones have limitations on the size of a mail folder and may not be compatible.) Note that if the folder being linked to changes its name or location, the alias may need to be re-created.

This workaround is faintly evocative for the Spy of the days when Apple switched from DOS 3.3 to ProDOS for the Apple ][+ and gs, giving as one reason that the old DOS 3.3 disks’ File Allocation Table lacked sufficient room to index the three-and-a-half inch disks. That was a case of Apple engineers not knowing their own product well enough. The Spy was still getting the occasional $5 for his simple hack called DOS 3.3.5 up to just a few years ago.

Many people then happily ran old DOS 3.3 programs from the new drives. One does not always have to do it Apple’s way. Moreover, there is no reason why Apple couldn’t have made an alternate file ocation a configurable option.

Update of the month is Scrivener 2.3, which has added numerous new small features, some for the workflow, others for import/export of files, most notably in the latter case, in the .DOCX format — something the Spy avoids like the plague, but may benefit others with pickly (and myoptic) editors. It also now has an option for automatic update.

In case you’ve been living on another planet, Scrivener, from Literature and Latte, is the most versatile and useful word processor for large writing projects, bar none. It handles reading, writing, editing, and organization of a 600K word manuscript (the like of which chokes W*rd) from outline to publication-ready with ease and panache. If you write books or scripts, you cannot work without Scrivener. 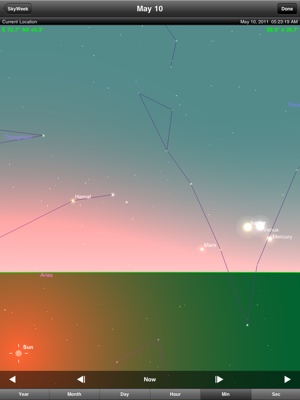