“In a breakdown of Apple’s announcements at WWDC 2012, contributor Benjamin Jackson, writing for Buzzfeed, outed an interesting detail that could make its way to iOS devices in the future. Namely, the ability for the device to detect where shadows would actually lie on user interface elements, by tracking real-world light sources.” — “TNW” (http://www.tnw.com)

“MacRumors has received word today from several customers who have received emails from Apple indicating that their launch-day purchases of Retina MacBook Pro machines through Apple’s enterprise sales channel have been delayed by up to a month. The customers had been quoted shipping estimates of 7-10 business days at the time of ordering, but today’s emails from Apple cite new shipping dates of on or before July 25.” — “Mac Rumors” (http://www.macrumors.com)

“Facebook is working on a new application for iOS that has been completely rebuilt to address its current, “painfully slow” performance, according to a new report.” — “AppleInsider” (http://www.appleinsider.com)

“The latest beta of the Apple TV firmware — based on iOS 6 — allows people to rearrange onscreen app icons, testers note. The feature is triggered by moving the cursor to the icon a person wants to move, holding down the Select button, and then using arrow buttons to shuffle the app around. Pushing Select again locks an icon into place. Using the standard iOS 5-based Apple TV firmware, holding Select puts the device to sleep.” — “MacNN” (http://www.macnn.com) 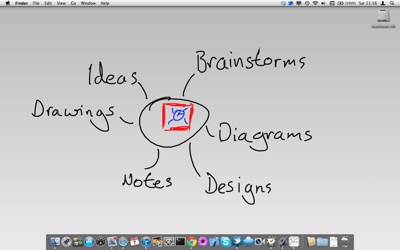 DoodleDesk offers a ‘whiteboard’ for your Mac desktop