ReelSmart Motion Blur (RSMB) automatically adds more natural-looking motion blur to a sequence. Proprietary tracking technology is at the heart of RSMB, so there’s no handwork involved, according to the folks at RE:Vision Effects. You can add as little or as much blurring as you need and even remove motion blur. Also included in the Pro version is a plug-in for Motion that allows you to blur with user-supplied motion vectors. The standard version is US$89.95; the pro version is $149.99. 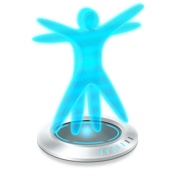