“TUAW” (http://www.tuaw.com/2010/11/03/verizon-iphone-announcement-rumored-to-hit-on-november-9/) thinks we may see a Verizon iPhone before the end of 2011. Such a device has been expected for a long time, but most predictions have it arriving no sooner than early 2011.

However, “TUAW” say a Verizon insider told them that training notices have been sent out to customer service personnel describing an “Iconic Device” that will be available for pre-order on Nov. 9. The device is expected to be in very high demand, and the training goes on to cover how to handle the pre-orders as they come in, says “TUAW.” 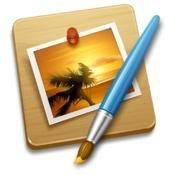