I woke up crabby with a nagging neck ache this morning. I felt like taking it out on someone deserving and, thus, I sat down and wrote this article.

Being a Mac user certainly insulates us from many of the ongoing frustrations PC users suffer. There are still things in the Mac Internet cosmos that are not as they ought to be, however. Spam, web pages that don’t behave, advertising that is uncontrollably in your face, bad actor companies that still go viral, hackers, malware and advertising from he companies that depend on the fear of malware to survive, to name just a few issues, still rankle my nerves.

Since web sites can tell what hardware you are using to surf their pages, they can target you with platform specific advertising. To me, one of the most irritating such ads is the “Mac Cleaner” pop-under. They manage, at least twice a day, to serve me unwanted pop-unders, despite having pop-ups blocked in the Safari preferences, with an ad suggesting that my MacBook Pro is “dirty and slow” in need of their help.

Excuse me, I have never, in close to 30 years of running a Mac, had a software related slowdown or been infected with malware, despite never having paid a thin dime for third party virus blocker software. That could change, but history is a pretty good indicator of the future. Apple has world class support that is paid for by Apple and integrated in the platform and its support system.

To me, a company that goes to the trouble to defeat a user’s preference to not be served pop-unders is suspect on its face. Mac Cleaner and NetFlix are two of the worst offenders in my surfing experience. The notion that I have the right to control my own web surfing experience is one that that I hold dear. I punish companies that abuse my web surfing experience. I never buy anything from spammers or pop-ups or, for that matter, door-to-door salesmen.

I hate it when I begin to read something and the page jerks out from under my focus. One abusive type of ad is inserted at the top of the page you are viewing a few seconds after the page loads. You get about three lines read and, suddenly, your text goes south. A few seconds later, after you have adjusted the  page and resumed reading, the ad disappears and the text on the page is jerked upwards. I call that web surfer’s “visual whiplash.” That sucks and makes me angry with both the web site that does that and the advertiser who pays for the ad. I punish advertisers who do things the tick me off.

Another web attack on my nervous system is the unexpected audio burst. There have been times I have just about jumped out of my chair when the peaceful quiet in my home is suddenly and unexpectedly broken by a loud audio or video file that took it upon itself to run. I want to control audio and videos turning on, thank you.  Normally, you have to endure a 30-second commercial anyway to see the information you want to see. Turning off the audio on your computer also mutes notification of incoming email, so you are vulnerable for sudden, unexpected sound. To me, web sites that include unexpected sound are not impressive, just aggravating.

After all, the flap about controlling spam I still get my share of Nigerian Bank Fraud spam, Viagra offers and phishing for banks I don’t even do business with. I know multi-million dollar pies don’t fall out of the sky, my male equipment works just fine without drugs, but thank you for your concern, and I never give up banking information to unknown web sites. Apple’s system does a pretty good job sorting all that out but the amount of spam on the web still is greater than the actual valid email I care about.

Two of my favorite targets for distain are also two of the biggest players on the net.  Google and Facebook. Google and Facebook have both been smacked by the FTC numerous times for unscrupulous or evil activities regarding user preferences and privacy.

Despite Google’s  company motto to “do no evil,” The list of Google’s infractions would certainly demand an entire book to fully list and explain the various issues.  That Apple is distancing themselves from Google is, in my mind, a wonderful idea.  My love-hate relationship with Google is certain to become even more complicated, as I expect any day now, to get an offer from Google to provide 1Gig Internet, phone and TV service at my Kansas City, Kansas, home for very competitive prices.

Personally, I don’t care for Facebook, severe throbbing pain, acid indigestion, sourkout, beets or liver, in that order. I understand and remember the abuses and high-handed business policies of Facebook and don’t care to display my life for all the world to see on an untrustworthy forum that is controlled by greedy nerds.  That Apple has chosen to integrate Facebook into iOS 6 doesn’t bother me, as long as I can turn it all off, much like Twitter in iOS 5.

Facebook now is in the news for another questionable imposition on users’ privacy with no “opt out” available. Never able to extract all the money from display advertising investors want, Facebook is getting ready to engage in a targeted real time bid based advertising scheme Google has also used with tracking cookies placed on your browser by third party web sites.

Cookies are a hate ’em, love ’em sort of technology. You love ’em when a web site you go back to remembers your info; you will hate ’em the way Facebook is preparing to use them. Cookies can be a serious source of invasion of privacy.

The power to opt out of things is paramount for controlling your web experience.  Facebook, at this time, will not offer an option to not have the new targeted ad program work on your Facebook page. Facebook hides behind the notion that third party web sites where you pick up the tar ball cookies will offer an opt out. The problem is that you don’t know what cookies are going to do and you can pick up hundreds of them over just a few weeks of normal browsing.

One of the greatest aggravations to web advertisers is that so many people click on things they are at least interested in, but don’t go through with it and actually click the “buy” button. Perhaps you wonder what price with shipping and tax something might cost, but are not ready to buy just yet, or ever.

The way the new Facebook advertising scheme is going to work is that other companies that agree to advertise with Facebook’s new program place software to set special cookies on participating web sites. When you click on something you are thinking of buying, but don’t actually buy, that detailed information is placed in cookie form in your browser’s cookie file.

These “interested in a certain product”  hidden cookies are then activated when the web browser opens a Facebook page. Facebook quickly electronically gets bids from participating companies selling that specific product to hit you again with an ad with detailed information hoping to close the deal. See  http://www.northjersey.com/news/159334785_Facebook_to_offer_real-time_bidding_for_ads_on_its_site.html .

Let’s say you are casually interested in a Prius C Toyota that gets 53 miles-per-gallon. You go to the Toyota web site and spend some time playing around with various model cars and decor packages but never order one. That information is very valuable if connected to you, compared to un-targeted display ads. Let’s say Toyota sets a cookie that says you like the red Prius C cars with deluxe seats.

When you open a Facebook page, some time later, that cookie activates and lets Facebook’s servers know you are a hot prospect for a red Prius C. Toyota.   Facebook then electronically puts you up for bidding with the Toyota dealers in town who would very much like to serve you with a large display ad showing a red Prius C with a low price available only at their dealership. Toyota dealers will pay a lot more for an ad delivered to a specifically targeted and interested Facebook user than the common. un-targeted ads ignored by everyone.

This could be okay, but sometimes not. Imagine you are looking on line for options for cancer treatment for a friend. Would you want Facebook to sell you to the hospitals in town as a cancer patient?  How about the local funeral homes selling burial programs? Do you really want to see their advertising?  Sometimes you just want to investigate things without being pushed by aggressive, hard sell advertising. If you do Facebook, prepare to be sold at auction, like so much red meat at a butcher shop with no way out, but to kiss Facebook goodbye.

My wife is a Facebook fan and she her Filipino friends regularly post zillions of  pictures on each others pages. My wife has more pictures on her Facebook page than in her iPhoto file. It is innocent fun for them. My wife recently had a luau sort of party at her home in the Philippines. I “tagged” a picture of a poor, unfortunate roasted pig’s face as “Mark Zuckerberg.”  I hope the Facebook facial recognition software properly posts that information to their servers for future reference.  I feel much better now.

PS. I am truly sorry.  It has been brought to my attention that my thoughtless and demeaning humor in this article, at the expense of our innocent curly tailed friends was mean spirited and clearly uncalled for.

To members of “the Pot Bellied Pig Club of America,” The “Pork Association” and PETA (“People for the Ethical Treatment of Animals”) any reference in my article as to the visual similarity of non-kosher animals with a certain kosher animal was my lame attempt at humor and was not directed towards any particular pig.  Forgive my lack of political correctness, I stand seriously rebuked. 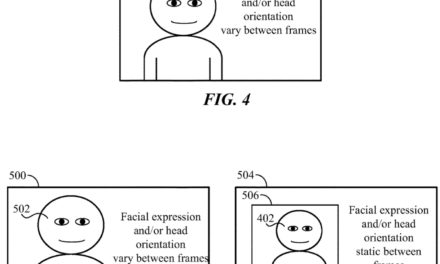 Apple’s iCal, iSync get an update