The article says the company is buying equipment from SunPower Corp and startup Bloom Energy to build two solar array installations in and around Maiden, North Carolina, near its core data center. Once up, the solar farm will supply 84 million kWh of energy annually. The sites will employ high-efficiency solar cells and an advanced solar tracking system.

Later this year, Apple also intends to build a third, smaller, bio-gas fuel-cell plant.
The two solar farms will cover 250 acres, among the largest in the industry, Apple CFO Peter Oppenheimer told “Reuters.” Apple plans on using coal-free electricity in all three of its data centers, with the Maiden facility coal-free by the end of 2012, the article adds.

Last year it was announced that Apple would build a data center in Catawba County on the outskirts of Maiden. Maiden and Catawba County agreed to US$7.3 million in incentives for Apple in order for them to build the center there. The company will build a 500,000-square-foot facility along U.S. Highway 321. 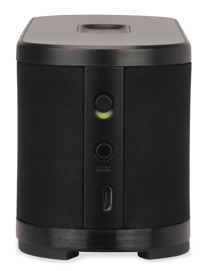