Voting on next SIM card standard coming this month

“The Verge” (http://macte.ch/fZkJC) says that the votes on the next SIM card standard are finally being taken and should be concluded by mid-May. The results should be interesting since Apple is pushing its own nano-SIM design as a replacement for the current SIM standard.

Last month Last week the “Financial Times” reported that Apple is competing with Motorola Mobility, Research in Motion and Nokia on a smaller SIM card standard. Apple wants a “nano-SIM” that would let it design even smaller products, the article adds.

The MicroSIM card, with a design smaller than traditional SIM cards, was pushed by Apple in 2010 with the launch of the iPhone 4. However, a nano-SIM would shrink further — to about a third the size of the MicroSIM. Apple’s keen on adopting the new standard, but the other companies aren’t warm to Apple’s design proposals, per the “Financial Times.”

HoverBar ready for the new iPad

TurboTax Deluxe for Mac ready for 2001 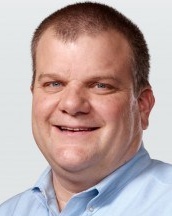