Scosche (http://www.scosche.com) has announced four new new USB-port home chargers and display several new additions to its Power line of chargers at CTIA 2012. All of the new chargers work with the free Scosche reVIVE battery management app for both iOS and Android devices.

The 2.1A reCOIL II car charger with a retractable 30-pin cable allows users to charge an iPod, iPhone or iPad. The three-foot long, magnetically locking cable eliminates cable clutter when not in use. Go to the Scosche for details and pricing. 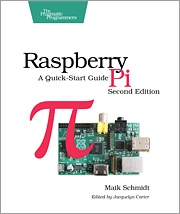