A hearing on Apple’s antitrust lawsuit against Motorola is slated for July 5 in the United States District Court for the Southern District of California, reports “FOSS Patents” (http://www.fosspatents.com/).

On or after that day, Judge Janis Sammartino will decide whether Apple’s lawsuit can proceed or is dismissed (possibly with prejudice). If it goes forward, Motorola will then get a few weeks to (finally) respond to the complaint, notes “FOSS Patents.”

On Feb. 11 it was announced that Apple sued Motorola Mobility in a U.S. court on Friday in an attempt to stop Motorola from asserting some patent claims against Apple in Germany.

The suit, filed in a San Diego federal court, argues that Motorola’s German lawsuit against Apple breaches terms of a patent licensing agreement between Motorola and Qualcomm. This is part of an ongoing battle between the two companies.

Apple has previously alleged that Motorola infringes 24 of its patents (21 of them with Android-based phones, the remaining three with set-top boxes and DVRs), while Motorola previously asserted 18 patents against a variety of Apple products (mostly but not exclusively iPhone, iPad and iPod). Litigation between the two companies has taken place in several different federal courts. 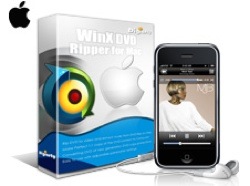