Here’s Apple’s latest date: “In our effort to end the industry practice of excessive overtime, we’re working closely with our suppliers to manage employee working hours. In January and February 2012, we collected weekly data on more than 500,000 workers employed by our suppliers. February results showed a continued upward trend from January, with 89 percent compliance to the 60-hour work week specified in our code. The data collected in March 2012 for this same set of suppliers demonstrated substantial improvement again, with compliance increasing to 95 percent.

“Encouraged by the success of this program to date, we expanded our weekly tracking to even more facilities deeper in the supply chain, and we are now monitoring compliance for over 800,000 workers. For this broader set of suppliers, we saw 91 percent compliance in March. We will continue to share our progress with this expanded group of suppliers in the coming months.”

In January, Apple became the first technology company admitted to the Fair Labor Association. The FLA conducts independent monitoring and verification to ensure that the FLA’s Workplace Standards are upheld wherever FLA company products are made. 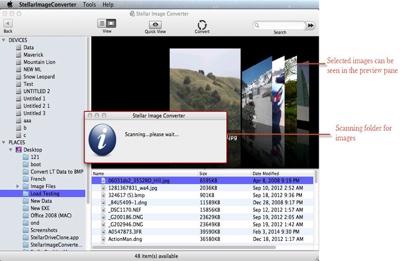 Stellar Data Recovery rolls out Image Converter for the Mac