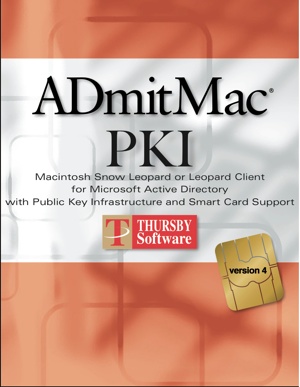 As of the first quarter of 2012, industry analysts noted that shipments of Macs and iPads exceeded for the first time those of legacy Windows vendors such as HP and Dell meaning that enterprise Apple integration, management and security are increasingly issues for IT executives. The use of two-factor security software such as ADmitMac PKI is mandated for the US Government in Homeland Security Presidential Directive 12 (HSPD-12) and one third of large corporations worldwide use similar smart cards to secure access to their own networks.