Audit Weaver (http://auditweaver.com) has released their flagship app, auditweaver, for Mac OS X (10.5 and higher). The software was developed to handle notoriously tougher communication and documentation sharing between manufacturing firms and their suppliers, says Mike Weaver, founder of Audit Weaver.

As an example, outsourcing company XYZ can share its circle dashboard with contract manufacturer ABC, alerting ABC if a material part number has been updated or if the schedule changes. These updates are sent to all subscribers, directly to their email inbox. Conversely, contract manufacturer ABC can share its product testing with buyer XYZ, alerting them of anomalies in real time. Contact
Audit Weaver for pricing. 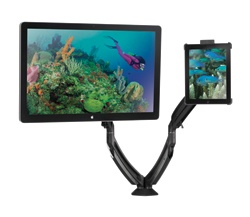