Best Buy will close 50 big-box stores this year, test new store formats in San Antonio and Minneapolis, and lay off 400 corporate and support workers as part of a plan to trim US$800 million in costs and restructure its business, reports “The Wall Street Journal” (http://macte.ch/dGLHU).

“Consumers armed with mobile phones are increasingly using stores as showrooms to check out merchandise they later purchase for less online, a trend greatly benefiting Internet retailers such as Amazon.com, which aren’t encumbered by the costs of running physical locations and in many cases don’t have to collect sales tax,” says the “WSJ.” “Meanwhile Apple Inc.’s phones and tablets, showcased in its own namesake stores, have eroded the status of specialty chains as the one-stop shop for the latest in gadgetry.”

In response, Best Buy will launch large-scale tests of what it calls new “connected store” formats in the Twin Cities and San Antonio. The stores, which will emphasize services such as tech support and wireless connections, will feature large new hubs at their center to assist shoppers, as well as reconfigured checkout lanes and new areas to speed up the pickup or items purchased earlier online, according to the “WSJ.” 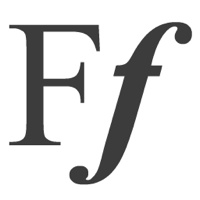