Flurry (http://www.flurry.com), a cross-platform mobile application analytics provider, recently quantified China’s meteoric adoption of iOS and Android applications.  While China ranked 10th in application sessions at the beginning of 2011, it finished the year in second place, only behind the United States.

With its large population and rapidly emerging middle class, adoption of apps vaulted China into the position of world’s second largest app economy. In additional analysis, Flurry also determined that China has the most market upside, based on calculating those in China who can afford smartphones versus the current installed base.

This report reveals that, for the first time ever, China now leads in new smart device adoption (iOS and Android smartphones and tablets). For this report, Flurry used its entire data set, tracking more than one billion anonymous, aggregated application sessions per day. More than 60,000 companies use Flurry Analytics across more than 160,000 applications.

China leads the world in app session growth, with an enormous growth rate of more than 1100% between the first quarter of 2011 (Q1 2011) and Q1 2012. China’s growth rate is particularly staggering given that it was already the world’s seventh largest country in terms of app sessions by the end of Q1 2011, says Flurry.

For March, Flurr projects that China will account for 24% of all iOS and Android device activations, while the U.S. will account for 21%. With China now activating more devices per month than the U.S., this means that the gap is closing between the two countries in terms of installed base.  Not only is China already the second largest app economy, but also could eventually overtake the U.S. as the country with the largest installed base of smart device users, notes Flurry. 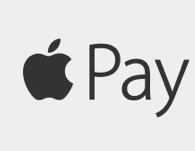 The Big Apple may use Apple Pay for parking tickets

Version 1.1 of ‘Take Control of Your iPad’ ebook available