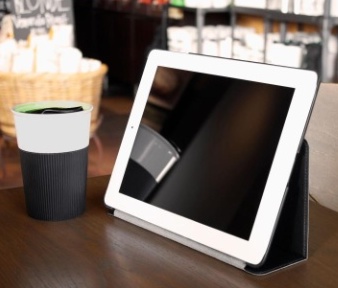 BoxWave (http://www.boxwave.com) has released the U$39.95 Nuovo iPad Case for the new iPad. Its built-in stand displays the HD Retina resolution.

The Nuovo iPad Case is designed specifically for the new iPad, which is .03 inches thicker and .11 pounds heavier than the iPad 2. The case incorporates a hard shell backing wrapped in leather for extra protection. The cover also features built-in magnets to activate the sleep and wake features of the new iPad. The leatherette cover then folds over and latches safely closed when not in use.

The Nuovo iPad Case adds a handsfree viewing stand. You can prop the tablet flat for a typing surface, or stand it tall to showcase the clarity and definition of the new iPad’s HD Retina display. The snap-in design of the case won’t restrict viewing angles or screen space, says BoxWave CEO Wing Onn Lum.