Gartner analysts said the personal cloud will begin a new era that will provide users with a new level of flexibility with the devices they use for daily activities, while leveraging the strengths of each device, ultimately enabling new levels of user satisfaction and productivity. However, it will require enterprises to fundamentally rethink how they deliver applications and services to users, says the research group.

“Major trends in client computing have shifted the market away from a focus on personal computers to a broader device perspective that includes smartphones, tablets and other consumer devices,” says Steve Kleynhans, research vice president at Gartner. “Emerging cloud services will become the glue that connects the web of devices that users choose to access during the different aspects of their daily life.”
The past two years have been a whirlwind in the client computing space, leaving many enterprises asking what comes next and what the environment will look like in five years.

Many call this era the post-PC era, but it isn’t really about being “after” the computer, but rather about a new style of personal computing that frees individuals to use computing in fundamentally new ways to improve multiple aspects of their work and personal lives, Kleynhans says.

Several driving forces are combining to create this new era, he adds. These megatrends have roots that extend back through the past decade but are aligning in a new way.

Gartner has discussed the consumerization of IT for the better part of a decade, and has seen the impact of it across various aspects of the corporate IT world. However, much of this has simply been a precursor to the major wave that is starting to take hold across all aspects of information technology as several key factors come together:

° Users are more technologically savvy and have very different expectations of technology.

° The Internet and social media have empowered and emboldened users.

° The rise of powerful, affordable mobile devices changes the equation for users.

° Through the democratization of technology, users of all types and status within organizations can now have similar technology available to them.

Gartner says virtualization has improved flexibility and increased the options for how IT organizations can implement client environments. Virtualization has, to some extent, freed applications from the peculiarities of individual devices, operating systems or even processor architectures, according to the research group.

Virtualization provides a way to move the legacy of applications and processes developed in the personal computer era forward into the new emerging world. This provides low-power devices access to much-greater processing power, thus expanding their utility and increasing the reach of processor-intensive applications, according to Gartner.

The third “megatrend” according to the research “App-ification.” When the way that applications are designed, delivered and consumed by users changes, it has a dramatic impact on all other aspects of the market. These changes will have a profound impact on how applications are written and managed in corporate environments, according to Gartner.

They also raise the prospect of greater cross-platform portability as small user experience (UX) apps are used to adjust a server- or cloud-resident application to the unique characteristics of a specific device or scenario. One application can now be exposed in multiple ways and used in varying situations by the user.

What’s more, Gartner says the advent of the cloud for servicing individual users opens a whole new level of opportunity. Every user can now have a scalable and nearly infinite set of resources available for whatever they need to do. The impacts for IT infrastructures are stunning, but when this is applied to the individual, there are some specific benefits that emerge.

Users’ digital activities are far more self-directed than ever before. Users demand to make their own choices about applications, services and content, selecting from a nearly limitless collection on the Internet. This encourages a culture of self-service that users expect in all aspects of their digital experience. Users can now store their virtual workspace or digital personality online.

Gartner says that today, mobile devices combined with the cloud can fulfill most computing tasks, and any tradeoffs are outweighed in the minds of the user by the convenience and flexibility provided by the mobile devices. The emergence of more-natural user interface experiences is making mobility practical. Touch- and gesture-based user experiences, coupled with speech and contextual awareness, are enabling rich interaction with devices and a much greater level of freedom. Gartner says that at any point in time, and depending on the scenario, any given device will take on the role of the user’s primary device — the one at the center of the user’s constellation of devices.

“The combination of these megatrends, coupled with advances in new enabling technologies, is ushering in the era of the personal cloud,” says Kleynhans. “In this new world, the specifics of devices will become less important for the organization to worry about. Users will use a collection of devices, with the PC remaining one of many options, but no one device will be the primary hub. Rather, the personal cloud will take on that role. Access to the cloud and the content stored or shared in the cloud will be managed and secured, rather than solely focusing on the device itself.” 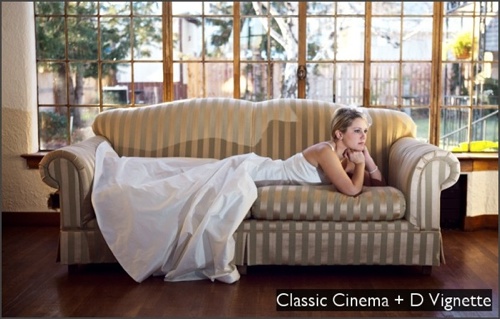