Among several Apple patents granted today by the U.S Patent & Trademark Office one of the most interesting is for an integrated speaker assembly for a personal media device. It involves an external multi-speaker system. Though the patent was filed in 2007, Apple has released no such system — at least not yet.

Systems and methods are provided for media devices including a housing, a frame disposed adjacent to the housing, and an acoustic source that is integrated with the frame for emitting sound from the media device. The inventors are Richard Hung Minh Dinh, Tang Yew Tan and Derek Boyd Barrentine.

“One problem with existing media devices such as cellular telephones is that the media device’s acoustic source, e.g., a speaker assembly, is susceptible to external forces that can damage subassembly components such as a diaphragm, electric components, or the housing. For example, a hand-held media device may be dropped by a user. An impact, even from a relatively short distance, could result in structural damage to a speaker assembly mounted on an internal printed circuit board (PCB) or mounted to the housing of the media device.

“Additionally, a gasket that provides a seal between the speaker assembly and device housing could buckle or become deformed due to the impact, resulting in reduced acoustic coupling from the acoustic source to the external aperture of the device. Accordingly, there is a need for mounting an acoustic source, such as a speaker assembly, in such a way as to reduce the susceptibility of the source to physical stress resulting from, for example, a physical impact on the device or ‘drop shock.’.”

“The invention, in various embodiments, addresses deficiencies in the prior art by providing systems, methods and devices that enhance the ability of the acoustic source to withstand physical stresses and enhance sound quality while respecting the need for a compact and portable form factor for such devices.

“By integrating the acoustic source with a frame having greater structural strength and integrity, the ability of the acoustic source to withstand physical stresses or vibrations is enhanced. The term ‘integrated with’ may include integrally formed with, unitarily formed with, attached to, detachably connected to, mounted on, or any like permanent, semi-permanent, or temporary configuration whereby the acoustic assembly, or a portion thereof, is in physical communication or contact with the frame of the media device.

“In one aspect, a media device includes a housing, a frame disposed adjacent to the housing, and an acoustic source that is integrated with the frame for emitting sound from the media device. The frame may be disposed substantially within the housing. The frame may include a sidewall or plurality of sidewalls. At least one sidewall may include an aperture in acoustic communication with the acoustic source. 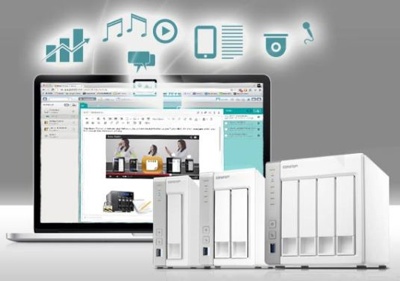