Despite the fact that Google was out in front of the pack with a mobile wallet announcement, a recent Pulse study from Retrevo, a shopping and review site specializing in consumer electronics, found that not only are iPhone owners more enthusiastic about a mobile wallet, but they want Apple to provide it.

NFC, which stands for Near Field Communication, puts a chip in devices, like cell phones, that makes it possible to, not only use your phone to make purchases in a store, but ultimately replace a lot of other things you normally carry around in your wallet like a bus pass, library card, insurance cards, and lots of other things. The first major implementation of NFC in the U.S. will be primarily as a payment method when Google wallet roles out trials this summer in San Francisco and New York. The big question of whether or not Apple will put NFC in the rumored iPhone 4S remains unanswered and at this point.

Smartphone owners, in this study tended to reflect their phone OS when picking their preference for a mobile wallet provider however, the study found that iPhone owners would be more comfortable using a mobile wallet from Apple to a much greater extent (61%) than Android owners (46%) would like to use a Google wallet. Surprisingly, the providers who are most closely associated with credit cards and cell phones, namely MasterCard, Visa, AT&T, and Verizon, came in below companies like Apple and Microsoft.

It also looks like interest in mobile wallets divides along generational lines with 28% of 18 – 35 year olds expressing much stronger interest in NFC than the large majority (75%) of the 50 and older set who don’t want anything to do with it. Men appear to be more interested in buying things (27%) with their phones as women (15%) with nearly twice as many men as women indicating they would like to be able to buy things with their cell phones.

Security and privacy could be a major concern
With more than half of the respondents indicating they weren’t interested in adding mobile wallets to their phones, it looks like the marketing departments will have their work cut out for them to overcome resistance to mobile wallets. Mobile wallet providers will likely have to address consumer’s concerns about security. The Retrevo study found nearly half of those not interested in mobile wallets saying they wouldn’t trust any of the companies that we suggested, to provide a mobile wallet and that includes major credit card providers, carriers and other prominent companies.

NFC and mobile wallets could provide a major change in the way we use our cell phones for everything from paying for candy in vending machines to opening hotel room doors to paying for groceries and restaurant meals. This Pulse study indicates that not everyone is convinced that mobile wallets are the next big thing and the long list of potential providers will have their work cut out for them to win over consumers. Apple iPhone owners appear much more ready to accept mobile wallets and would prefer Apple to provide them with one although it appears uncertain whether or not Apple will put an NFC chip into the next iPhone.

About the Retrevo Pulse Report

The Retrevo Pulse is an ongoing study of tech industry trends conducted for the consumer electronics shopping and review site, Retrevo.com. The data for this report came from a study of online individuals conducted exclusively for Retrevo in June of 2011, by an independent panel. The sample size was over 1,000 distributed across gender, age, income and location in the United States. Most responses have a confidence interval of 4% at a 95% confidence level.

For more about Retrevo’s report go to http://macte.ch/Qi80N . 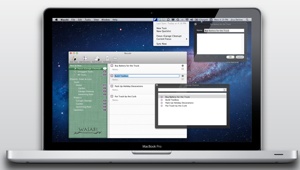 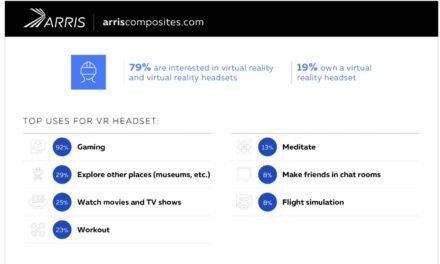