This article is intended to provide information on how to file a small claims lawsuit. It is NOT intended to offer any legal advice — and none is offered. If you would like more details on small claims or other legal issues, please consult with an attorney.

If you own a smart phone, and many of us do, you probably enjoy the features that involve data streaming. From surfing the web and texting to video streaming, the applications for data streaming are virtually endless. Some users have data plans that are unlimited, meaning you pay one flat monthly fee for as much data as you wish to stream.

However, phone companies, such as AT&T, will throttle back the amount of streaming you can use a month, if they decide you are using too much data. If the phone companies feel that a subscriber’s use of data streaming is adversely affecting their network, they can, and have, slowed down the speed in which data is received and/or sent.

Can phone companies such as AT&T do this? Well that is a legal question for another day. What is important first of all is that they are doing this and this may be having an effect on your ability to use data streaming. The question that needs to be asked first is “What can you do about it?”

One quick solution to this is to file a claim in small claims court against your phone company. You may be able to arbitrate this claim as well, but this article will focus only on the small claims procedure. Most phone contracts will prohibit their users from filing a class action lawsuit or just suing in court (jury trial), so you are limited to what actions you can take. By going to small claims court, you can have your day in court, and it’s easier to do than you may think. Here are some tips you can use if you choose to pursue this.

1) Where to file — most lawsuits, even those from small claims, need to be filed in the jurisdiction where the defendant can be found. In this case (and let’s use AT&T), AT&T may have corporate offices in only a few locations, but since they are a nationwide phone company, they are usually subject to jurisdiction anywhere. What this means is that you can file your small claims suit in the courthouse most convenient to you.

2) Make sure you have a copy of your contract, and please review the entire agreement. It may be a slow read, but you need to know the terms of it. You may be able to use these terms to show that AT&T does not have the right to slow your data speed.

3) You need to be able to show that you have an unlimited data plan, which means you are entitled to unlimited data. You need to also show proof that AT&T had limited your data streaming. You next have to argue that AT&T has no right to charge you a fee for unlimited data, and then not supply it. It is not your fault that AT&T can’t keep up with demand for data. If you can even show that you are using less data that some of the fixed rate plans, such as the 3 gigabyte plans, that is even better (fixed plans using more data than you use, but they are not being throttled back). Make sure you have been paying your bill on time and that you are not late, since that could be used against you.

4) Make sure you have an amount for damages. You need to show how you were damaged by not having data streaming. This could be by showing lost business opportunities or showing how much you have paid for the service you never got.

5) Be polite, and make sure you are prepared. The court will listen to you, but if you don’t know what you are talking about, then your argument gets lost.

Every courthouse is different and has their own rules and forms for small claims, so it is important that you know the local rules. They can usually be found on the court’s web site.

Going to small claims has its advantages too. First of all, you are not allowed to bring in an attorney to help, which means that AT&T, with all their attorneys, can’t use any of them to represent them. It will be you against another non-lawyer, and that levels the playing field. Small claims are also quicker and much less expensive than filing a regular lawsuit. The disadvantage of small claims range from not having an attorney to help draft papers or present arguments, to being limited on how many small claims you are allowed to file each year, to the amount you can ask for damages (this is going to be limited per lawsuit and per year). Make sure you have not reached your limit on small claims filings, or you will be precluded from filing.

While small claims lawsuits may not be glamorous, they are effective. When it comes to the issue of data throttling, this may be your only recourse. Will it stop AT&T from continuing to throttle back your use of data? That has yet to be seen. But this will get their attention, and if enough people use the small claims venue to air their grievances, it may just get them to think twice about not honoring the service contract that they drafted in the first place. Small claims actions have worked in the past against AT&T and the data-throttling issue, so if done right, it may work for you as well.

Don’t feel intimidated by big companies such as AT&T. You have rights, too, and sometimes it’s important to exercise and protect those rights. The policies and practices of corporations are not always right, and it may be up to you to bring this to their attention.

(Bradley Sniderman is an attorney from Southern California. He practices in intellectual property, business and e-commerce law, as well as will/trust drafting. brad@bmslawpractice.com) 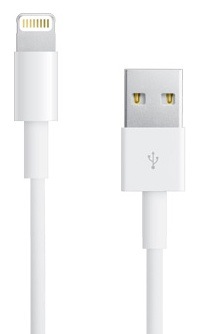