Final Draft has announced Final Draft Reader. The US$19.99 app displays Final Draft scripts on your iPad exactly as they appear on your desktop.

Cachanga Soft has released their first game, Urubu, for the iPhone, iPod touch and iPad. It’s a $0.99 spelling game where players try to form the longest possible word, while the Tiki Hammer brothers try to stop them.

Eazzy Media has introduced ThinkMe! for the iPhone and iPod touch. The $0.99 app enables users to enhance their communications on Facebook by combining images, audio and text to add emotion to a simple note or status update.

A-Net Digita has launched two new apps, Horiyoshi 3 and 100 Demons for $4.99 and $9.99, respectively. The former is a visual compendium of his work; the latter is a digital version of his “100 Demons” art book.

Tap4Fun has unveiled King’s Empire 1.0, the third in the Empire series gaming title for iOS. Built exclusively for the iPhone and iPad, its a free Massively Multiplayer Online Game that gives players the experience of building and growing a medieval empire.

Bald One Media has premiered You Jump for the iPhone, iPad, and iPod touch. It’s a $0.99 vertical platformer with a personalized twist: instead of piloting random characters players can transport themselves right into the game, integrating photos of themselves taken with their iOS device.

With the new, $0.99 iPhone app, InTime NextBus, users can now be InTime at the bus stop even if the bus is too late. The app displays arrival times and bus locations provided by NextBus, which uses GPS-Based bus tracking systems that have been installed in more than 1,000 bus lines from more than 35 transit agencies in the US.

Realore Studios has grown Farm Up! HD, a free iPad game that recreate the atmosphere of 1930’s America. The farm itself is totally customizable so players are able to create their own dream ranch.

The new $34.99 TWIG Touch Dictionary is an electronic English dictionary for the iPad. It boasts premium content by Oxford University Press. 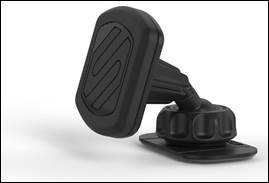