Reggie Ashworth has announced AppDelete Lite 3.2.3, an update to his U$3.99 Mac application deletion utility via the Mac App Store. Via drag ‘n drop it will uninstall anything along with all of the associated items.

Aperio Lux has announced deepClock 1.4 for Mac OS X, an update of the US$1.99 app that displays a decorative clock on your Mac’s desktop. It’s available at the Mac App Store in the Lifestyle category. 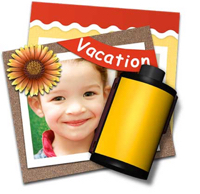