More so now than ever, mobile devices are playing a key role in the lives of consumers — and the new found industry shows no signs of slowing down, according to Chitika Insights (http://www.chitika.com). The mobile device industry is growing so fast, that it will likely become the predominant method for consumers to access and interact with the web in the near future, according to the research group. This poses the questions: When will we see mobile traffic overtake traditional desktop traffic, and what does this mean for the computing industry?

Given the record breaking mobile device sales reported by Apple in 2011 compared to their relatively low volume of computer units shipped, is Apple on the edge of cannibalizing its potential desktop market by focusing on its mobile device product mix? To investigate this trend, Chitika Insights compared overall web traffic market share of iOS and Mac OS.

To quantify this study, Chitika Insights analyzed several data sets composed of a series of US traffic taken from August 2011 to February 2012 out of the Chitika Ad Network (covering hundreds of millions of ad impressions). The user agents of individual impressions were then aggregated to determine relative overall share of the different operating systems.

The data shows that the web market shares of iOS and OS X have been converging steadily since August. iOS has been posting regular gains, and has experienced an overall growth of nearly 50%, whereas OS X has seen its market share decline by 25% since a high point in September. February marks the first point where a reversal in position can be seen in the respective operating systems. iOS passes Mac OS with 8.15% of all web traffic, whereas Mac OS only sees 7.96%.

Apple is renowned for its customer loyalty, so why is Mac OS experiencing a loss in web market share? Perhaps, Apples habit of launching cutting edge gadgets year after year is driving consumers to newer products, opines Chitika Insights. Combining this aspect with the similar functionality of iOS devices and a lower price point, it may be that consumers are choosing to go mobile, instead of purchasing more expensive Macs, per the research group Alternatively, the shift towards an on-the-go lifestyle could be driving mobile device purchases by the consumer, and thereby driving the corresponding increasing in mobile web usage, says Chitika. 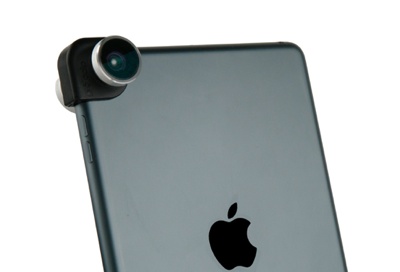 Kool Tools: olloclip 4-IN-1 photo lens for the iPad