The United States Government, at the request of the Electronic Frontier Foundation, has announced “what amounts to a blanket exemption to the controversial Digital Millennium Copyright Act (DCMA) for activities that all under the Fair Use doctrine of U.S. Copyright law,” reports the “CIO” web site (http://macte.ch/0aFfD).

This announcement, and change in DCMA enforcement policy, has wide-ranging implications for consumers of electronic devices and media, the article adds. As it applies to the on-going battle between Apple and iPhone hackers, the new rules stipulate that Apple may not actively prevent attempts to “jailbreak” the iPhone to allow extra functionality with either hardware or software measures,” says “CIO.”

Jailbreaking refers to the process of removing the limitations imposed by Apple on iOS. Jailbreaking allows users to access the operating system, download additional applications, extensions, and themes that are unavailable through the official Apple App Store. 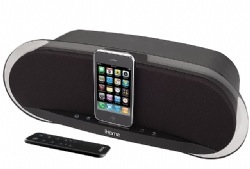