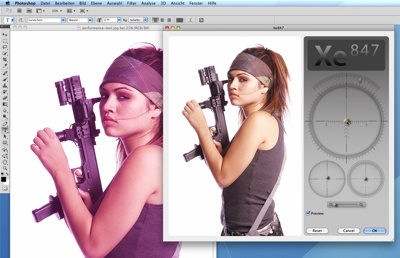 Xe847 (http://www.xe847.com/what.html) “allows users to make their photos look like they intended when they took the initial picture,” according to Thorsten Lemke, founder and CEO of Lemke Software. In partnership with Xe847’s inventor and development team, Lemkesoft has already begun to re-engineer and improve the algorithms, adding artificial intelligence with fuzzy logic, and creating an all new user interface, he adds.

The first new Xe847 software products are available now. They include an Xe847 plug-in for Adobe Photoshop at US$39.95 USD as well as a Plug-in for GraphicConverter, with more to come later this year.